EDITOR'S NOTE: CREATIVITY Isn't Dreaming Of The Cake, It's Actually Blowing Out The Candles... 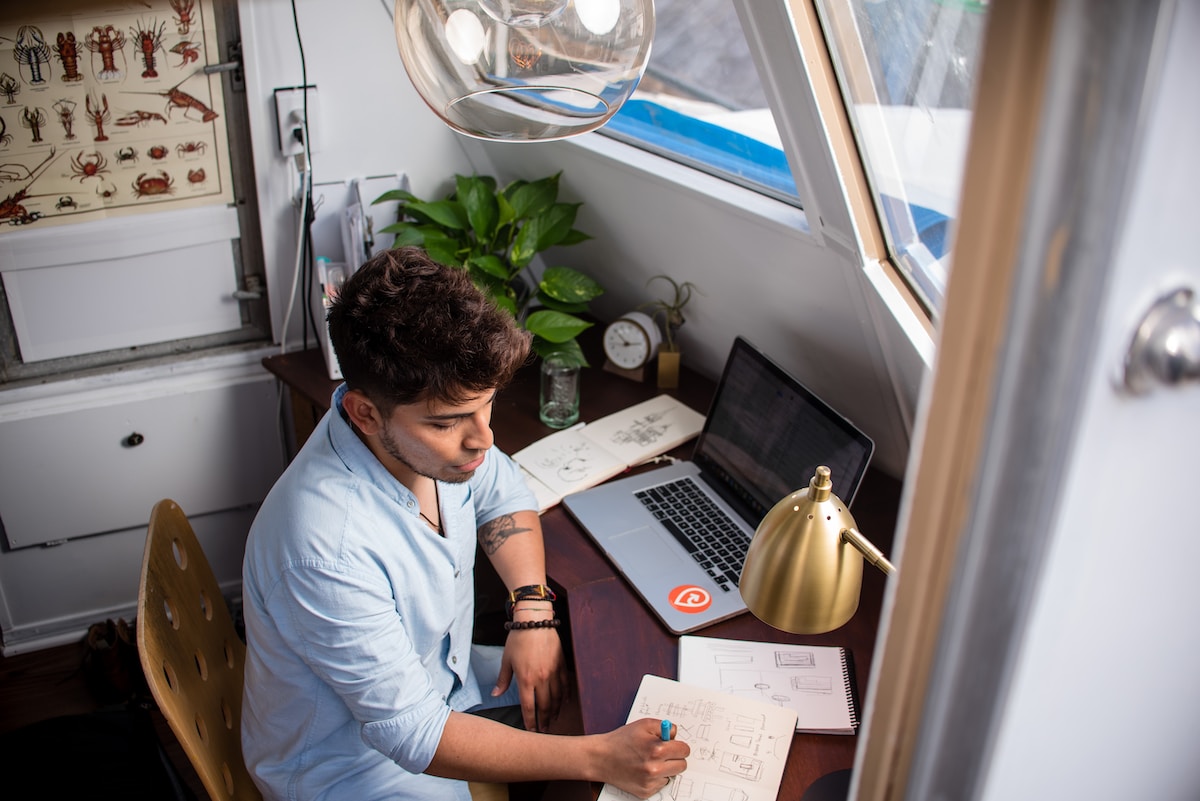 How many times have you wished to BE something? Or to DO something that just stayed a beautiful shiny idea in your pretty big head? Huh? Whether its to start that dream business, or to write your first book, design your own website or a fashion label, maybe start your music career, travel the world, become an Influencer, be financially independent or just be a world changer?

Well, I dreamt so many times about being a world changer, myself...But it wasn't until a few years ago, on a very important Skype call for a social Initiative that I was co-facilitating, with a prestigious International Organisation, did the amazing COO call me a Thought Leader.

Wow!! You would think a woman who named her personal blog ALEXANDRA N' HER NAKED T-H-O-U-G-H-T-S would realise how much of a "thought" leader she had become, sharing her empowering ideas and thoughts with the world, huh? Well, not ME! At least, not at that time.

See - I had never ascribed that title to myself. Geez! But what had I been doing for the last three years prior to that conversation...other than creating innovative ideas that have become reality and influence people to either replicate it or take similar action.

We talked about so much, and I offered a myriad of ideas - I have to admit, I'm an "Ideas Woman", that is my SUPERPOWER - Thinking on the spot and creating strategies to help people achieve their goals. And yes, they were very impressed, at how CREATIVE my ideas were.

This sort of takes me back to my son's 6th birthday (almost three years ago).

It was the first birthday he was really AWARE of and had been looking forward to. Of course, he was too YOUNG to remember the massive party I threw for his 1st birthday, 2nd year baptism or even his 3rd and 4th birthday. He was too young to remember or appreciate the effort it took.

So that year, even though I knew I wasn't throwing a party. My father had asked Ray what he wanted and he said he wanted one thing "CAKE & CANDLES...". Are you kidding me?? Just cake and candles...?

So my father gave my brother the task of getting the cake. I had asked my cousin Kachi to help me pick up the gifts I had paid for...(I knew my son, Ray would be blown away from just unwrapping all that many gifts). I had a couple of meetings but I wouldn't have been able to do much, because I needed to attend those meetings and none of it was in the same direction as the cake shop.

Today, it was a family thing, dinner at my Dad's....my mom would cook. Awesome. It was her grand son's birthday. She had designed something fantastic for him to wear.

Ray was decked in his fab traditional attire, looking like a little prince. My cousin, Kachi picked up the gifts I bought (wrapped separately- was a new football, a wristwatch, a coloring book + crayons, a Nintendo, a splash gun and a bubble set) WOW! Like I imagined - HE was blown,

In fact, he was too blown to eat the bucket of Ice cream and pizza he had been craving. Soon after, My brother brings the cake but there's a problem...A big problem...Shit! NO CANDLES!!! Whaaat??? That wasn't the plan. Ray had specifically said he wanted cakes and candles...And we promised he would get it. The Idea was to make a wish, not give the cake a kiss. Whew!

My brother called my mom, I called my Dad after we had driven around and couldn't find cake candles anywhere in the neighbourhood. If I drove out far east, I would miss a LIVE radio show I was scheduled to be guest on. And I needed to write a blog post. Dang! That's not good. What do I do? So I spoke with my brother and he confirmed my Dad and his driver would pick the candles on their way back. Okay great! I can move on with life.

My dad gets out of his meeting late, gets stuck in traffic and doesn't get to the shopping mall before it closed for the night. Whaat?? So NOW we have a HUGE huge problem and we needed to be creative about it.

We understood how important it was for him to blow out the candles and make that wish, so we decided...You know what, no cake candles...how about we get regular candles? Yep! Don't look at me like that (I know...I know...) What choice did I have? The goal was for my son to be HAPPY that he got his wish...And you know I don't quit until I accomplish a goal. So I stuck the old fashion regular candles (silently, praying it all goes fast before we have WAX all over the cake).

We sang...Ray made his wish and blew out the wax candles. We achieved our goal. Yaaay!

See how creative we were about it all. Being creative is about finding unusual solutions to actualizing goals.

Many people know that Creativity is a phenomenon whereby something new and valuable is formed, whether it is in "intangible" forms (such as an idea, a scientific theory, a song, article, design, a business or a joke). It could also be a physical object (such as a building, a car, book, or a bottle of drink).

But many also forget that "Creativity" itself, isn't only about imagining, but the act of turning your new and innovative ideas into REALITY. Creativity is characterized by the ability to see the world in new ways, to find hidden strategies, patterns, systems and ways to make connections between seemingly unrelated ideas, and use it to generate solutions.

How many times have I gotten a strange idea for a blog post, out of a conversation with a friend, or from watching people talk football (And I'm not a football fan... I can't even bear to see grown men chase after a round object). How many times have I gotten an idea from watching my son play car race or even subway surf? That's the BEAUTY of having a highly imaginative mind like mine. My mind works round the clock. Sow a tiny seed in my head...and I can give you multiple variations of things you can do with it. But you see, long before now... I WASTED so many years creating ideas that went no-where, ideas people never heard or saw.

And that's the big problem. Too many people have ideas...but these same people have excuses for why those brilliant ideas have become NOTHING.

"I don't have money, I don't have time, I need resources, it's on the internet- I wish it was a physical product, who will buy it? Its because he has connections".

They have all sorts of ridiculous excuses for why they never take action, they forget that a major part of a brilliant idea is also strategically planning how it will all come to LIFE.

Hence, the theory that creativity starts and stops only at IMAGINING is a big fallacy.

Ideas need to become REALITY for it to in fact be CREATIVE. So yes, creativity isn't just about dreaming of the cake, its about blowing out the candles. And for you to blow out the candles, the cake needs to EXIST. Ding! Ding! Ding!

So there you go... What steps are you currently taking to make sure you can blow out the candles on your dream project in 2019 because you are willing to make it HAPPEN one way or another?

Get my Founding Member 90% Special Discount and Join The BRAG Club for only $7/month to Get a FREE Copy of my eBook, Stripped Down Success For Creatives... + Other VIP Essentials.

CLICK TO FIND OUT MORE
Subscribe
Previous
INSPIRATION: Forget What You Don't Have...
Next
INSPIRATION: This Year, Don't Compare... Just Make...
Return to site
All Posts
×

We just sent you an email. Please click the link in the email to confirm your subscription!